Sayaka Shoji has become internationally recognised for her unique artistic versatility and deep engagements with each repertoire. Her remarkable insight into musical languages comes from her mix of European and Japanese backgrounds.

Born in Tokyo, Shoji moved to Siena, Italy when she was three. She studied at Accademia Musicale Chigiana and Cologne’s Musikhochschule and made her European debut with Lucerne Festival Strings and Rudolf Baumgartner at the Lucerne Festival and then at the Musikverein, Vienna at the age of fourteen.

Recent highlights include successful debuts at the BBC Proms in 2021 with the Royal Philharmonic Orchestra/​Vasily Petrenko and the Blossom Festival with the Cleveland Orchestra, a recital tour with Víkingur Ólafsson, a UK tour with Philharmonia Orchestra/​Ashkenazy, as well as Bernstein’s 100th gala at Vienna Musikverein with Tonkünstler-Orchester/Sado which was recorded and released by Tonkünstler label. 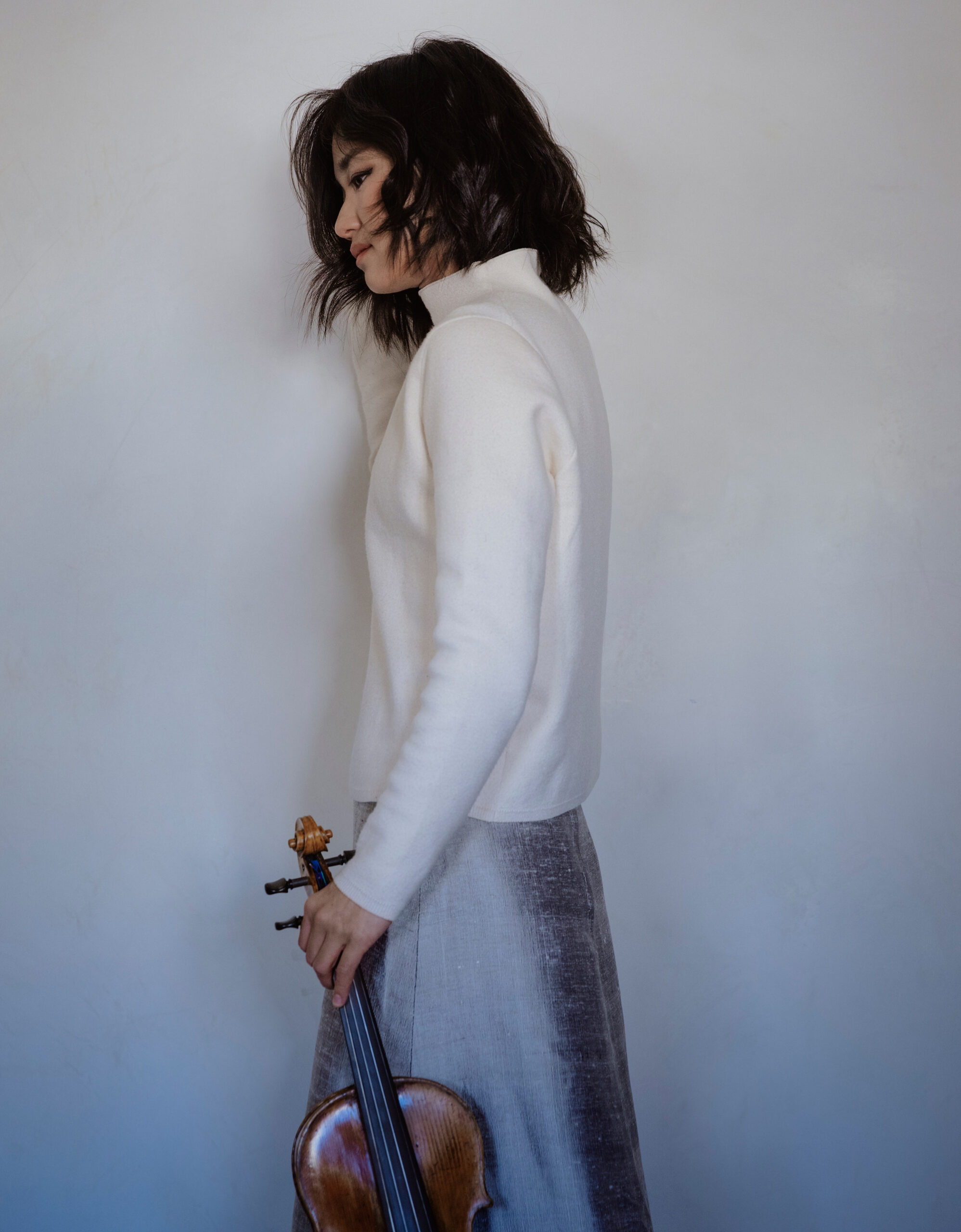 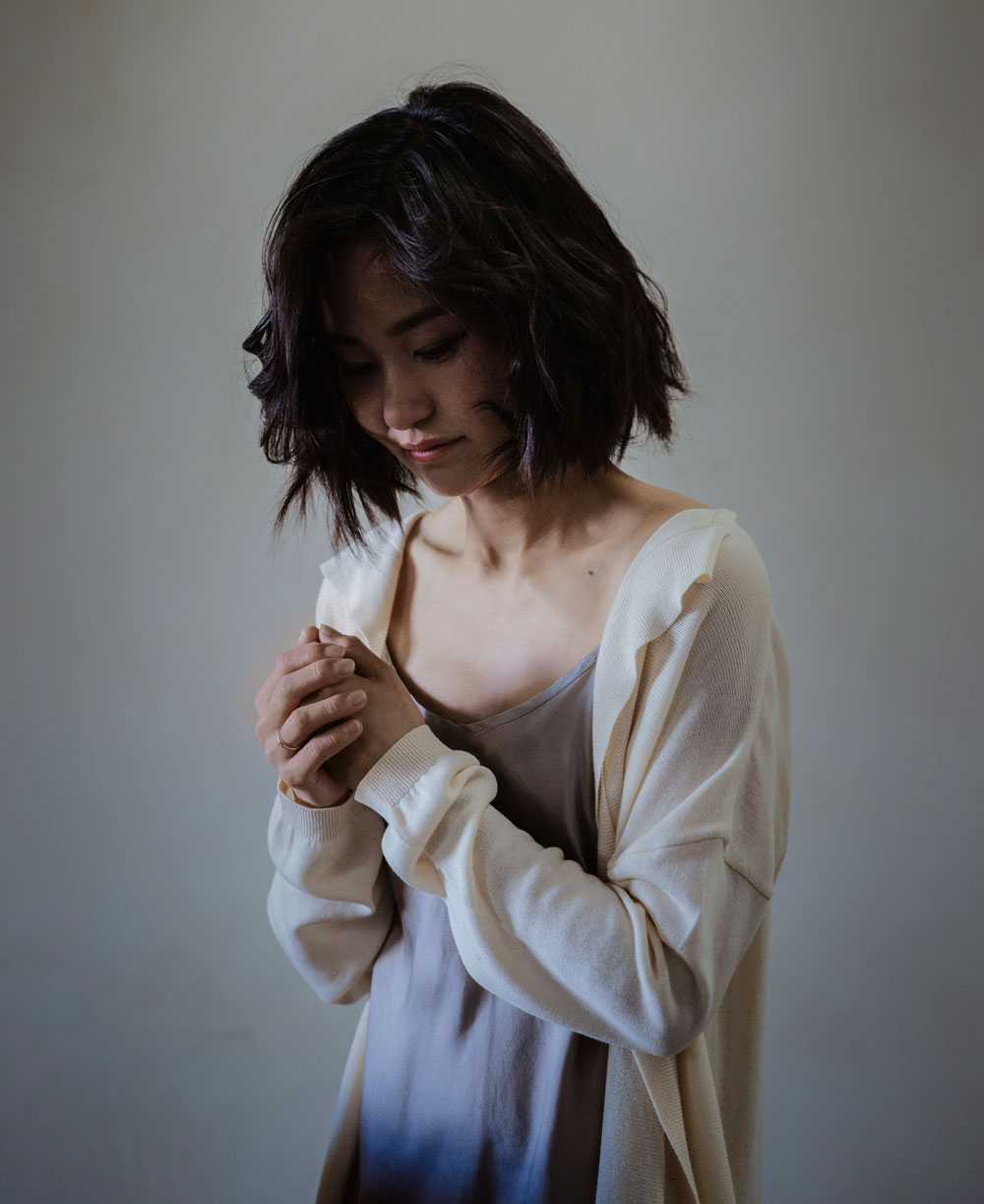 In 2022/23 seasons, Sayaka will tour with the Philharmonia Orchestra (Santtu-Matias Rouvali), debut with Brussels Philharmonic (Kazushi Ono) and Atlanta Symphony (Han-Na Chang), and returns to NHK Symphony (Gianandrea Noseda). She will also be touring with Gianluca Cascioli and performing Bach&Bartok solo works in Philharmonie of Paris in collaboration with dancer/​choreographer, Saburo Teshigawara.  Further ahead, she will appear with the Israel Philharmonic (Lahav Shani), and joins a tour with Modigliani Quartet.

Alongside her usual concert activities, Shoji has created an experimental visual-music project, ​‘Synesthesia’ in 2007, and exposed oil-paintings and video-art works. Her first video work (Shostakovich Prelude coll. with P.Frament) was chosen in a group exposition ​“Au-delà de mes rêves” in 2014 among the most renown artists such as Y.Kusama, S.Calle, R.Longo.  Shoji has also collaborated with Tadao Ando, Hiroshi Sugimoto, and Saburo Teshigawara in numerous occasions.

A prolific recording artist, Shoji has released eleven albums on Deutsche Grammophon including Prokofiev, Sibelius and Beethoven Violin Concertos with the St Petersburg Philharmonic Orchestra conducted by Yuri Temirkanov. With Gianluca Cascioli she has recorded the complete Beethoven Sonatas for Piano and Violin and a recital album with Menahem Pressler.

Shoji won the Mainichi Art Award in 2016, one of Japan’s most prestigious awards, presented to those who have had a significant influence on the arts. In 2012, she was named one of ​“The 100Most Influential People for Japan in future” by Nikkei Business.

This website uses cookies to improve your experience while you navigate through the website. Out of these, the cookies that are categorized as necessary are stored on your browser as they are essential for the working of basic functionalities of the website. We also use third-party cookies that help us analyze and understand how you use this website. These cookies will be stored in your browser only with your consent. You also have the option to opt-out of these cookies. But opting out of some of these cookies may affect your browsing experience.
Necessary Always Enabled
Necessary cookies are absolutely essential for the website to function properly. These cookies ensure basic functionalities and security features of the website, anonymously.
Functional
Functional cookies help to perform certain functionalities like sharing the content of the website on social media platforms, collect feedbacks, and other third-party features.
Analytics
Analytical cookies are used to understand how visitors interact with the website. These cookies help provide information on metrics the number of visitors, bounce rate, traffic source, etc.
Advertisement
Advertisement cookies are used to provide visitors with relevant ads and marketing campaigns. These cookies track visitors across websites and collect information to provide customized ads.
SAVE & ACCEPT
Powered by