The two violin concertos occupy a major place, both musical and human, in Shostakovich’s output and document particularly painful moments in his existence. The condemnation of his music in 1948 and the subsequent wilderness years in the Concerto No. 1, Op.99, and his incessant health problems after 1963 in No. 2, Op.129, which marks his first dodecaphonic experiments. These immense masterpieces are characterised by their sombre emotional hues, the sarcastic outbursts of the fast movements and the fiendish difficulties of the cadenzas. 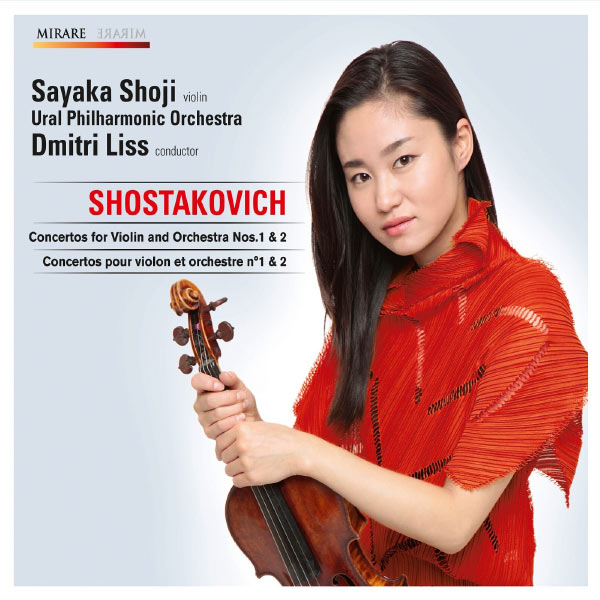 This website uses cookies to improve your experience while you navigate through the website. Out of these, the cookies that are categorized as necessary are stored on your browser as they are essential for the working of basic functionalities of the website. We also use third-party cookies that help us analyze and understand how you use this website. These cookies will be stored in your browser only with your consent. You also have the option to opt-out of these cookies. But opting out of some of these cookies may affect your browsing experience.
Necessary Always Enabled
Necessary cookies are absolutely essential for the website to function properly. These cookies ensure basic functionalities and security features of the website, anonymously.
Functional
Functional cookies help to perform certain functionalities like sharing the content of the website on social media platforms, collect feedbacks, and other third-party features.
Analytics
Analytical cookies are used to understand how visitors interact with the website. These cookies help provide information on metrics the number of visitors, bounce rate, traffic source, etc.
Advertisement
Advertisement cookies are used to provide visitors with relevant ads and marketing campaigns. These cookies track visitors across websites and collect information to provide customized ads.
SAVE & ACCEPT
Powered by